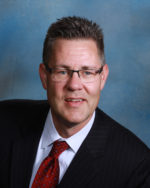 Bernie Barmann is a mediator and business trial attorney who for more thirty years has effectively represented businesses and individuals in a wide variety of civil disputes in state and federal courts throughout California and in other jurisdictions. Prior to joining Kuhs & Parker in 2011, Bernie practiced for twenty years in Los Angeles—more than twelve of those years with O’Melveny & Myers LLP. Bernie was also a partner in the Los Angeles litigation firm Hirschmann & Barmann LLP, and an associate with Proskauer Rose LLP in Century City.

In 2015, Bernie obtained a $16.7 million jury verdict as lead counsel in a trial of a breach of contract action for a major renewable energy firm which formed the basis for a $22 million judgment that included $4 million in pre-judgment interest and over $1 million in attorney’s fees.

Send Email to this Member

Interested in advertising opportunities? The Res Ipsa Loquitur is a full color monthly magazine distributed to law professionals and the legal community of Kern and surrounding counties with an estimated readership of around 2000.

Upcoming Events
No events scheduled at this time.